On Friday night I finally convinced my family to watch the film Goodbye Christopher Robin about A.A. Milne, who wrote Winnie-the-Pooh.

So, that one will begin my list of my favorite 7 films about writers. Here we go… 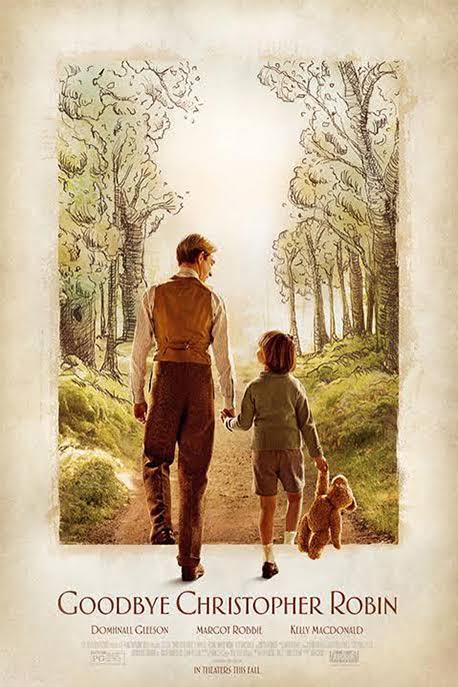 While the story isn’t entirely happy, and has some rather tense and tragic outcomes with regard to relationships within the story, it was very interesting, and I felt for Milne’s son, the real Christopher Robin, on whom the fictitious character is based. Milne, a writer who is still feeling the effects of fighting in World War I, wants to leave London and go someplace quiet. His wife, son, and their nanny go with him, where he struggles to write, and then begins to happen upon the Winnie the Pooh stories to entertain his son. But they turn into something mega-hit worthy, which sends the family into a tailspin and creates a resentful child. It doesn’t have an entirely depressing ending, but I researched how close reality was to what was portrayed in the film, and it’s pretty close. You’ll enjoy this story—and all its drama. 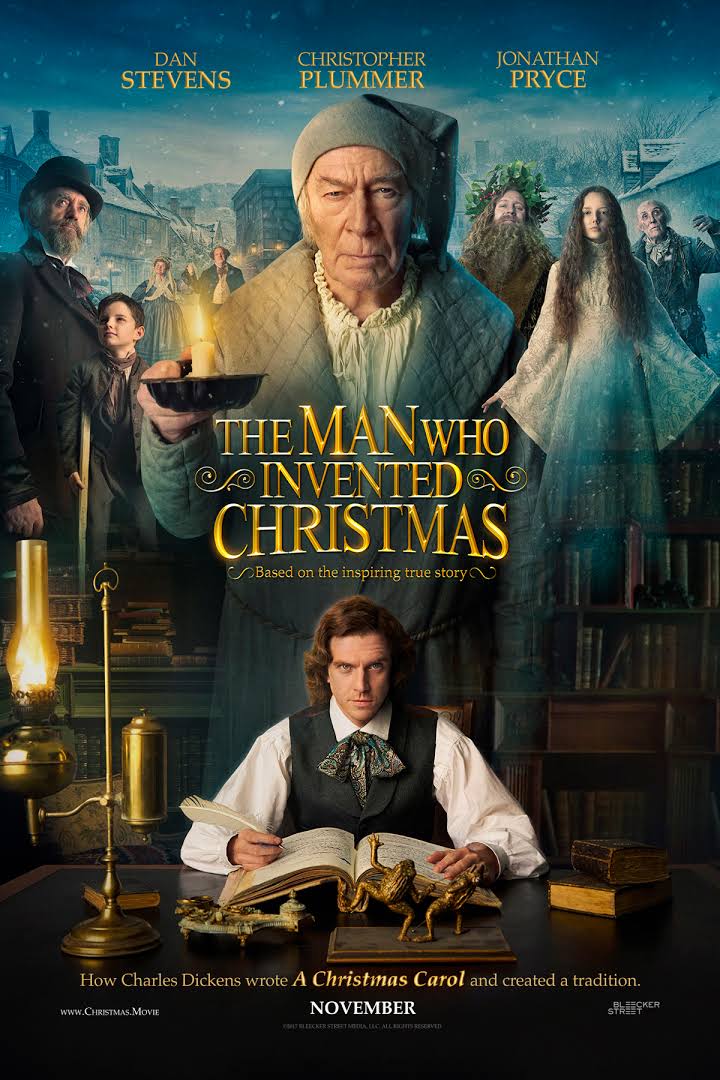 #2—THE MAN WHO INVENTED CHRISTMAS

I already wrote about this wonderfully entertaining film, and I can’t imagine anyone but Dan Stevens playing the part of Charles Dickens. You can read my recap of this film by clicking here and it will take you to my previous post about it. All you need to know before watching it is this: (1) it’s about Charles Dickens the weeks leading up to publishing A Christmas Carol, and (2) it’s totally fun.

This film focuses on young Jane Austen and her love affair with Thomas Lefroy. If you love Jane Austen books, movies, and anything else Austen-related, you will love Anne Hathaway’s portrayal of Jane Austen and James McAvoy as Lefroy.

Beatrix Potter’s books—and her adorable, lively imagination—come to the big screen in this sweet, albeit somewhat sad account, of the life of Miss Potter. Peter Rabbit and friends become a part of her (much as Dickens’s SCROOGE becomes a part of him while writing) in this depiction of her life as a writer. Renee Zellweger and Ewan McGregor star in this bittersweet romance.

This film is based on Scottish writer J. M. Barrie and his platonic relationship with Sylvia Llewelyn Davies, and her sons, one who is named Peter and the inspiration for Peter Pan. While it’s not entirely about writing, but more about his relationships with this family, it’s an interesting look into friendship that can be found and places where inspiration can take hold and inspire stories. It’s a tear-jerker at the end, but it’s absolutely lovely. 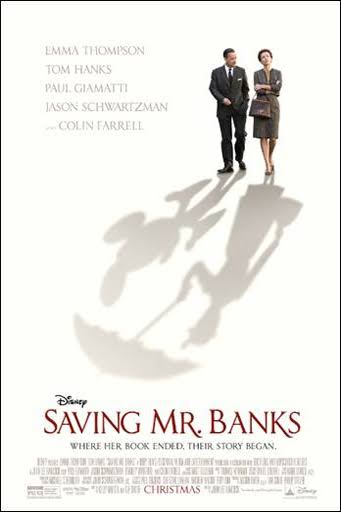 All you need are three things: Mary Poppins, Disney, and storytelling, and you have a film about the writer, P.L. Travers, played by Emma Thompson, who was the author of Mary Poppins. Tom Hanks plays Walt Disney. One might think bringing Mary Poppins to the big screen would be easy, but P.L. Travers put her foot down about certain things, and it takes Disney to sort it all out. Great cast and interesting development make this one a winner. 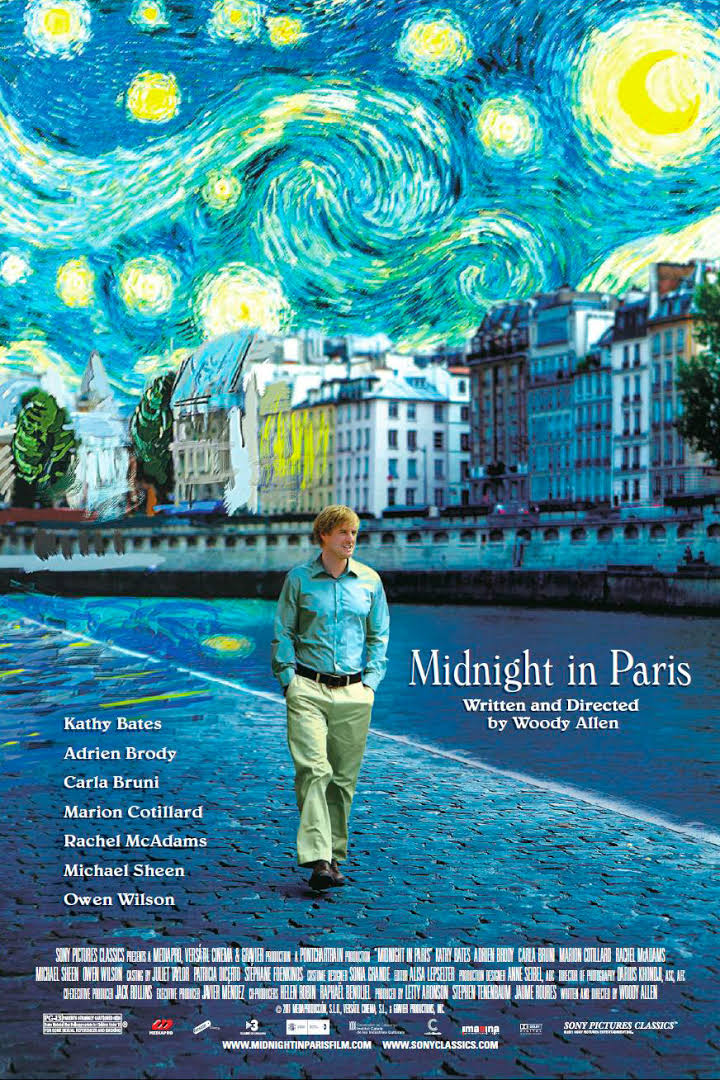 While this one features a fictitious lead character played by Owen Wilson, it harkens back to the 1920s where, through time travel, he encounters the likes of Picasso, Cole Porter, Ernest Hemingway, F. Scott Fitzgerald, and Zelda. It’s quirky Woody Allen, and admittedly, I am not a big fan of his. However, this film is entirely different from typical Woody Allen films—it’s a fun, nostalgic, fantasy, and about a whole bunch of writers and the the things they learn and teach Wilson’s character. Good fun.

Stephanie Verni is a hopeless romantic, Professor of Business Communication at Stevenson University, and the author of Inn Significant,  Baseball Girl, and Beneath the Mimosa Tree. Along with her colleagues Leeanne Bell McManus and Chip Rouse, she is a co-author of Event Planning: Communicating Theory and Practice, published by Kendall-Hunt. Follow her on Twitter at stephverni or on Instagram at thepetiteprofessor.

There’s Something You Should Do During Quarantine and Social Distancing

The Way the Rain Smells

Podcast 3: The Things I’ve Learned From—You Don’t Want to Say “I Could Have Done Better”